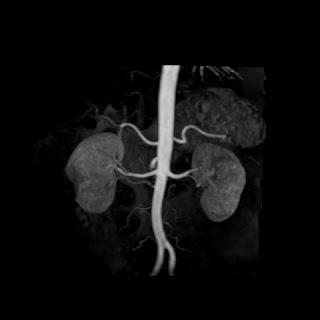 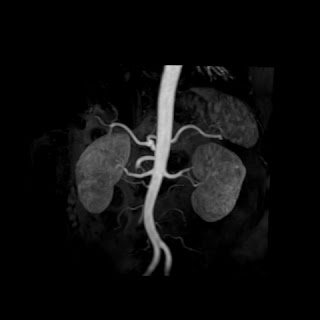 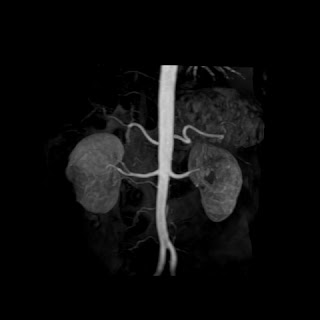 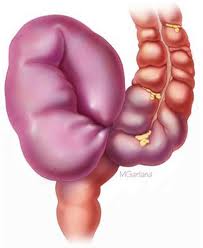 A volvulus is a bowel obstruction with a loop of bowel whose nose has abnormally twisted on itself. 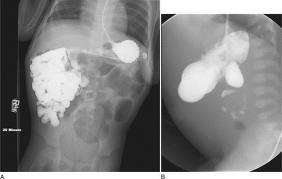 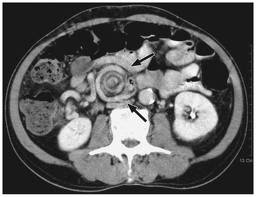 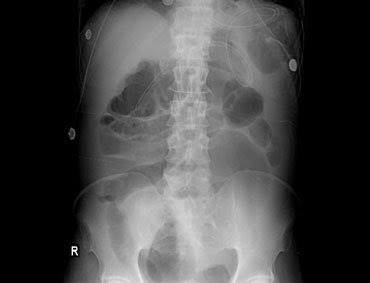 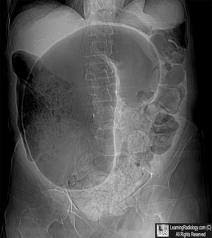 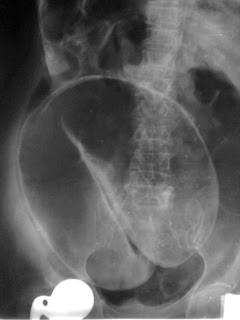 5.volvulus of the transverse colon 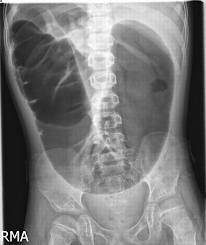 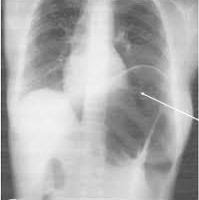 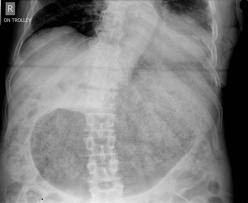 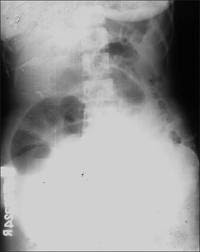 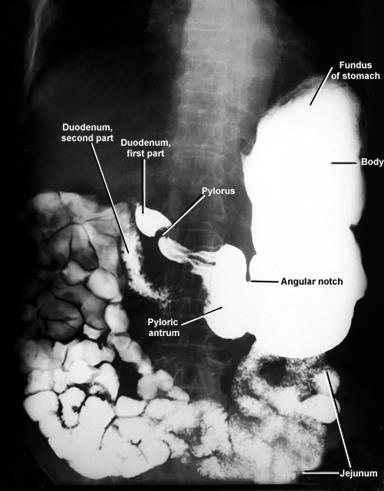 X-ray of the stomach with both positive (barium sulphate) and negative (CO2) radiocontrast.
A barium meal, also known as an upper gastrointestinal series is a procedure in which radiographs of the esophagus, stomach and duodenum are taken after barium sulfate is ingested by a patient. Barium meals are useful in the diagnosis of structural and motility abnormalities of the foregut.
The gastrointestinal tract, like other soft-tissue structures, does not show clearly enough for diagnostic purposes on plain radiographs. Barium salts are radioopaque: they show clearly on a radiograph. If barium is swallowed before radiographs are taken, the barium within the esophagus, stomach or duodenum shows the shape of the lumina of these organs.
Liquid suspensions of barium sulfate are non-toxic, apart from a small risk of producing a disturbance in bowel function for 48 hours after ingestion. They usually have a chalky taste that can be disguised by adding flavours.[1] A barium meal contains roughly 2.5 millisieverts of radiation, which is less than some X-rays.[2]
A barium meal usually takes less than an hour. The patient ingests gas pellets and citric acid to expand the stomach. Then about 3 cups (about 709mL) of Barium is ingested. The patient may move or roll over to coat the stomach and esophagus in barium. A needle may also be used to relax the muscle between the stomach and the duodenum. Following these preparations, an x-ray is taken.
There are two varieties of barium meal: single and double contrast meals. A single contrast meal uses only barium, a radioopaque (or positive) contrast medium, to image the upper gastrointestinal tract. A double contrast meal uses barium as well as a radiolucent (or negative) contrast medium such as air, nitrogen, or carbon dioxide. The double contrast meal is more useful as a diagnostic test, demonstrating mucosal details and allowing the detection of small mucosal lesions such as diverticula or polyps.
The diagnostic usage of barium studies has declined in recent years with the increasing use of the practice of esophagogastroduodenoscopy, which allows direct visual inspection of suspicious areas within the oesophagus, stomach and duodenum. 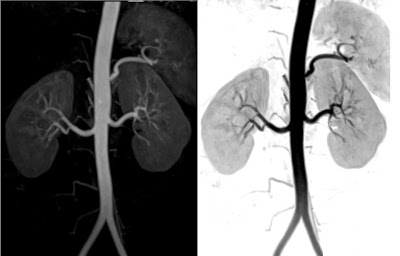 This is a MR Renal Angio Done by me  in Siemens essenza -dr.shajismri mch jn, calicut,kerala, India


CT : AN OVER VIEW
Being a strong tool of imaging science Computed Tomography is always under developments. Recent advances in CT are mostly based on multi detectors which brings a more clearer path for cardiac CT.

AFTER A SERIES OF MULTISLICE CT SCANNERS COMPUTED TOMOGRAPHY IS NOW ON TURNING POINT. IT NOW EXPLORED A NEW TECHNOLOGY BY THE USE OF MULTI SOURCES FOR X-RAY PRODUCTION.

PRINCIPLE
A SINGLE SOURCE-DETECTOR COMBINATION HAS TO ROTATE 180 DEGREE TO OBTAIN IMAGE. THE DUAL SOURCE CT SCANNER USES TWO X-RAY TUBES WHICH ARE MOUNTED AT RIGHT ANGLES TO EACH OTHER. SO THE 180 DEGREE DATA IS SPLIT IN TO TWO SINOGRAMS.

SO EACH OF THE TWO SOURCE DATA COMBINATION ONLY NEEDS TO TRAVEL 90 DEGREES TO OBTAIN IMAGE.

SYSTEM SPECIFICATIONS
THE DUAL SOURCE CT SCANNER UTILISES TWO X-RAY SOURCES WHICH ARE MOUNTED RIGHT ANGLES TO EACH OTHER.

APPLICATIONS
THE MAJOR APPLICATION OF DSCT COMES IN CARDIAC IMAGING.
UNLIKE MOST OTHER ORGANS HEART CAN BE REGARDED AS A MOVING TARGET. CONSIDERING A RAPID MOTION OF THE HEART AT ABOUT 70-75 BEATS PER SECOND WHEN RESTING. A SINGLE SOURCE CT SCANNER, EVEN A 64 SLICE CT SCANNER IS STILL TOO SLOW TO VISUALIZE THE HEART WITHOUT MOTION ARTIFACT.

USING MULTISLICE CT, PATIENTS WITH FAST IRREGULAR HEART BEATS ARE EXAMINED BY THE ADMINISTRATION OF BEETA BLOCKERS. SINCE THE DSCT HAS TO TRAVEL 90 DEGREE PATH THE USAGE OF BETA BLOCKERS CAN BE AVOIDED.

DUAL ENERGY SCANNING
BECAUSE X-RAY ABSORPTION IS ENERGY DEPENDENT, CHANGING THE ENERGY LEVEL OF THE X-RAY SOURCES RESULTS IN A METERIAL SPECIFIC CHANGE OF ATTENUATION.
WITH TWO X-RAY SOURCES SCANNING AT TWO ENERGY LEVELS, THE DSCT AQUIRES TWO SET OF DATA. FOR EXAMPLE, WE CAN DIFFERENTIATE A CALCIFIED AND NON-CALCIFIED PLAQUES.

ALL KINDS OF REAL TIME FUNCTIONS ARE POSSIBLE, WHICH INCLUDES MIP,MPR Etc.

WORD:FOR THE MAN BEHIND THE MACHINE

• AMONG THE IMAGING MODALITIES CT HAS IT’S OWN VALUE AND ROLE. ADVANCEMENTS ARE ESSENTIAL FOR THE INCREASED DEMANDS MEDICINE. STILL, PATIENT CERE AND RADIATION PROTECTION SHOULD BE STRICTLY CONSIDERED…